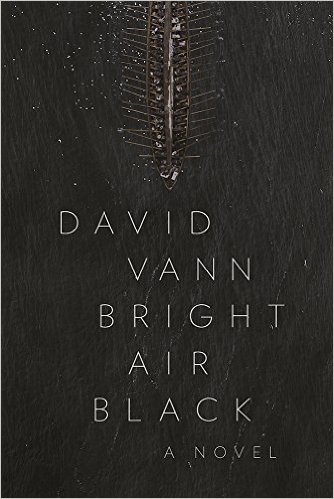 Following the success of Aquarium, which was a New York TimesEditors’ Choice and garnered numerous rave reviews, David Vann transports us to the thirteenth century BC to give a nuanced and electric portrait of the life of one of ancient mythology’s most fascinating and notorious women, Medea.

In brilliant poetic prose, Bright Air Black brings us aboard the shipArgo for its epic return journey across the Black Sea from Persia’s Colchis—where Medea flees her home and father with Jason, the Argonauts, and the Golden Fleece. Vann’s reimagining of this ancient tale offers a thrilling, realistic alternative to the long-held notions of Medea as monster or sorceress. We witness with dramatic urgency Medea’s humanity, her Bronze Age roots and position in Greek society, her love affair with Jason, and her tragic demise.

Atmospheric and spellbinding, Bright Air Black is an indispensable, fresh, and provocative take on one of our earliest texts and the most intimate and corporal version of Medea’s story ever told.