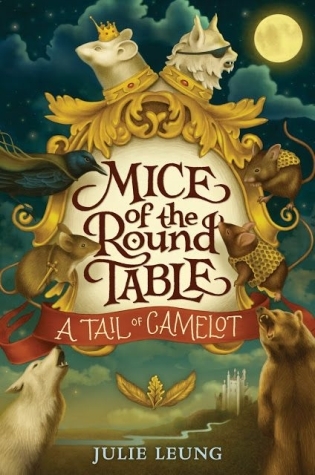 A Tail of Camelot

Mice of the Round Table Book 1

An epic new middle grade series in the tradition of Redwalland Poppy, based on Arthurian legend and told from the perspective of Camelot’s most humble creatures: mice

Young mouse Calib Christopher dreams of becoming a Knight of the Round Table. For generations, his family has led the mice who live just out of sight of the humans, defending Camelot from enemies both big and small. But when Calib and his friend Cecily discover that a new threat is gathering—one that could catch even the Two-Leggers unaware—it is up to them to unmask the real enemy, unite their forces, and save the castle they all call home.

With the sweeping adventure of New York Times bestselling series like Wings of Fire and Warriors, Mice of the Round Table brings to life a legendary world of animals and magic that kids will want to return to again and again.

Prev: A Study in Seduction
Next: A Tangle of Knots