“An entertaining yarn with family drama and intrigue aplenty.”

— Booklist on A Rather Remarkable Homecoming 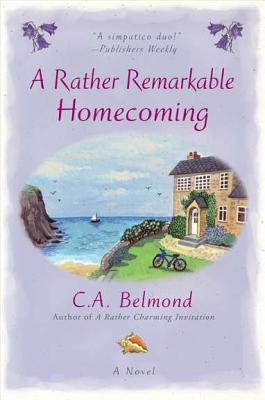 A Rather Remarkable Homecoming

Penny and Jeremy are just returning from their honeymoon, only to be greeted by eccentric friends of Prince Charles bearing a rather royal request: to rescue a historical village on the coast of Cornwall, England. A property developer is bulldozing his way across the countryside to build a monstrous new development, and he’s heading straight for Grandmother Beryl’s old homestead where the newlyweds first met long ago as kids. Can Penny and Jeremy solve an ancient puzzle in time to save Grandma’s house-and the entire village-from total destruction?

On the romantic rocky cliffs of Cornwall, amid Celtic lore and tales of Shakespeare, smugglers, and shipwrecks, Penny and Jeremy must contend with a rakish cast of local characters: a bird-watching earl, a famous TV chef, a vain actor, a New Age farmer, a pair of thuggish real-estate tycoons, a rebel rock-and-roller, and a band of determined “eco-warriors.” Following a trail of cryptic clues, Penny and Jeremy’s new caper takes them to the lush island of Madeira and the legendary castle of Tintagel, in a race against time to find the astonishing truth… before the wrecking ball strikes.

Prev: A Rather Charming Invitation
Next: A Recipe for Family