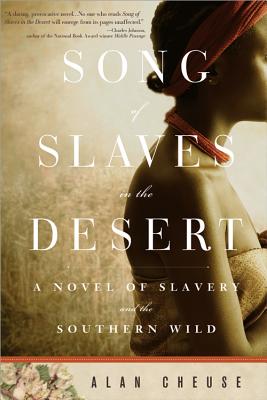 The Song of the Slaves

Lyrically told and impeccably researched, Song of Slaves in the Desert traces the story of Nathaniel Pereira, a young New Yorker who’s called to revive his uncle’s South Carolina plantation. Nathaniel is struck by the sobering reality of slavery as he becomes captivated by the young slave Liza. Liza’s never known the meaning of freedom, and as Nathaniel plunges into the murky mysteries of slavery, she can see how he might change her life forever. A masterful writer, Cheuse traces the thread of slavery from sixteenth-century Timbuktu and grapples with the wild nature of love.

Prev: The Sommelier's Atlas of Taste
Next: The Songs