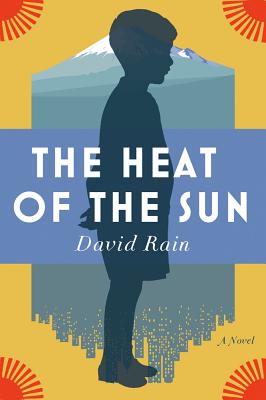 The Heat of the Sun

With Sophie Tucker belting from his hand-crank phonograph and a circle of boarding-school admirers laughing uproariously around him, Ben “Trouble” Pinkerton first appears to us through the amazed eyes of his Blaze Academy schoolmate, the crippled orphan Woodley Sharpless. Soon Woodley finds his life inextricably linked with this strange boy’s. The son of Lieutenant Benjamin Pinkerton and the geisha Madame Butterfly, Trouble is raised in the United States by Pinkerton (now a Democrat senator) and his American wife, Kate. From early in life, Trouble finds himself at the center of some of the biggest events of the century—and though over time Woodley’s and Trouble’s paths diverge, their lives collide again to dramatic effect.

From Greenwich Village in the Roaring Twenties, to WPA labor during the Great Depression; from secret work at Los Alamos, New Mexico, to a revelation on a Nagasaki hillside by the sea—Woodley observes firsthand the highs and lows of the twentieth century and witnesses, too, the extraordinary destiny of the Pinkerton family.

David Rain’s The Heat of the Sun is a high-wire act of sustained invention—as playful as it is ambitious, as moving as it is theatrical, and as historically resonant as it is evocative of the powerful bonds of friendship and of love.

Prev: The Heart of Henry Quantum
Next: The Heavenly Table