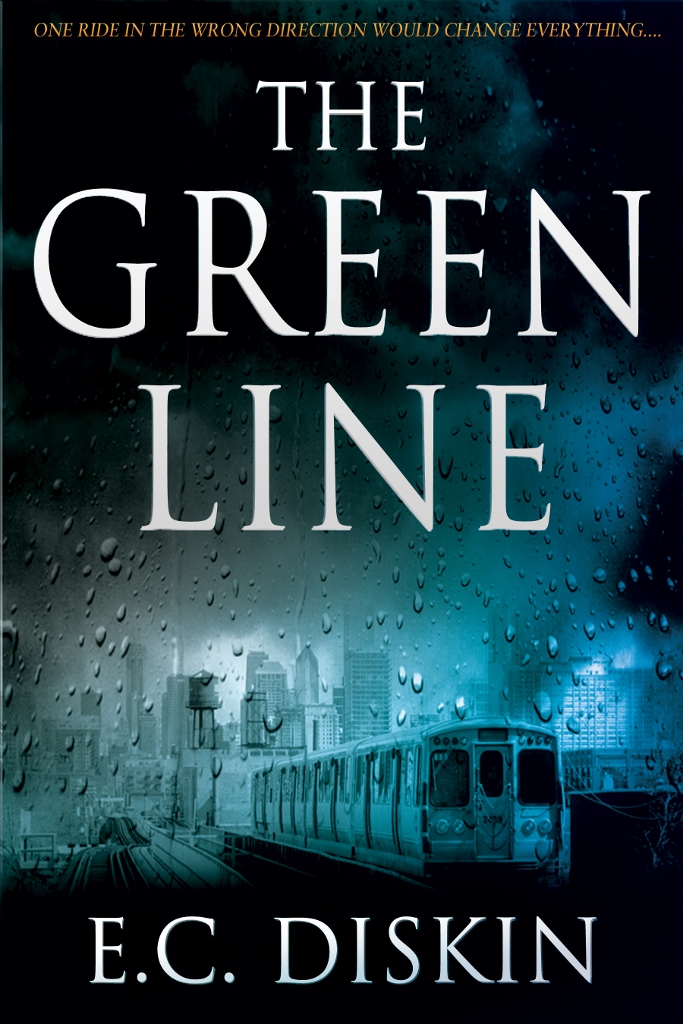 In The Green Line, Abby Donovan’s decade-long dream of partnership at her prestigious Chicago law firm is just months from fruition. But after a late-night train mishap drops her into a world of drugs, gangs, murder, and corruption, everything changes. Abby is haunted by what and who she’s seen, and the mysterious death of a kind stranger. Though her work suffers, deadlines are missed, and her promotion hangs in the balance, she’s compelled to investigate with the help of an unlikely new friend. But Abby’s investigation jeopardizes more than her career. Someone is watching and he’s not going to let a nosy lawyer expose his scam.

In this engaging debut, E.C. Diskin, a former Chicago attorney, takes us on a fast-paced thrill ride with a believable and flawed heroine. Readers will relate to her, fear for her, and get a glimpse inside Chicago’s best and worst. From the roughest streets of the west side to the estates of the North Shore, Abby Donovan and the unexpected villains of The Green Line will keep you turning pages late into the night in this riveting new thriller while shining light on a little-known, often-used, and widely-abused legal maneuver.

Prev: The Greatest Knight
Next: The Gretchen Question