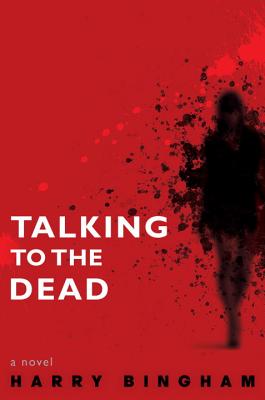 Talking to the Dead

At first, the murder scene appears sad, but not unusual: a young woman undone by drugs and prostitution, her six-year-old daughter dead alongside her. But then detectives find a strange piece of evidence in the squalid house: the platinum credit card of a very wealthy—and long dead—steel tycoon. What is a heroin-addicted hooker doing with the credit card of a well-known and powerful man who died months ago? This is the question that the most junior member of the investigative team, Detective Constable Fiona Griffiths, is assigned to answer.

But D.C. Griffiths is no ordinary cop. She’s earned a reputation at police headquarters in Cardiff, Wales, for being odd, for not picking up on social cues, for being a little overintense. And there’s that gap in her past, the two-year hiatus that everyone assumes was a breakdown. But Fiona is a crack investigator, quick and intuitive. She is immediately drawn to the crime scene, and to the tragic face of the six-year-old girl, who she is certain has something to tell her . . . something that will break the case wide open.

Ignoring orders and protocol, Fiona begins to explore far beyond the rich man’s credit card and into the secrets of her seaside city. And when she uncovers another dead prostitute, Fiona knows that she’s only begun to scratch the surface of a dark world of crime and murder. But the deeper she digs, the more danger she risks—not just from criminals and killers but from her own past . . . and the abyss that threatens to pull her back at any time.

Prev: Talking About Death Won't Kill You
Next: Tangled Vines