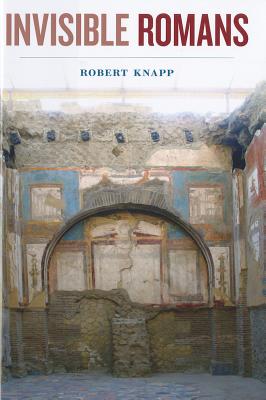 What survives from the Roman Empire is largely the words and lives of the rich and powerful: emperors, philosophers, senators. Yet the privilege and decadence often associated with the Roman elite was underpinned by the toils and tribulations of the common citizens. Here, the eminent historian Robert Knapp brings those invisible inhabitants of Rome and its vast empire to light.

He seeks out the ordinary folk—laboring men, housewives, prostitutes, freedmen, slaves, soldiers, and gladiators—who formed the backbone of the ancient Roman world, and the outlaws and pirates who lay beyond it. He finds their traces in the nooks and crannies of the histories, treatises, plays, and poetry created by the elite. Everyday people come alive through original sources as varied as graffiti, incantations, magical texts, proverbs, fables, astrological writings, and even the New Testament.

Knapp offers a glimpse into a world far removed from our own, but one that resonates through history. Invisible Romans allows us to see how Romans sought on a daily basis to survive and thrive under the afflictions of disease, war, and violence, and to control their fates before powers that variously oppressed and ignored them.

Prev: Invisible
Next: Invitation to Die