“There aren't nearly enough beautifully written novels, that are also great mysteries. Like The Girl with the Dragon Tattoo and Smila's Sense of Snow, A Quiet Belief in Angels is one of them.”

— James Patterson on A Quiet Belief In Angels 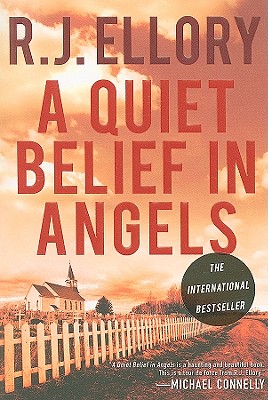 A Quiet Belief In Angels

Growing up in rural Georgia during the 1940’s, Joseph Vaughan finds himself at the center of a series of mutilations and killings of young girls. Just a teenager, Joseph becomes determined to protect his community from the killer, but he is powerless in preventing more murders-and no one is ever caught. Ten years later one of his neighbors is found hanging from a rope, surrounded by belongings of the dead girls; the killings cease, and the nightmare appears to be over.

Desperate and plagued by everything he has witnessed, Joseph sets out to forge a new life in New York. But even there the past won’t leave him alone-for it seems that the murderer still lives and is killing again, and that the secret to his identity lies in Joseph’s own history.

Prev: A Place for Us
Next: A Quiet Vendetta