“Cellini is a fascinating character, morose yet strong, suited for far more than the surveillance of a teen girl, his current job, but he brings his all to it. Kent delivers an ingenious country-house mystery here, complete with Agatha Christie byplay among the clashing characters and spiked by the acerbic, witty presence of Cellini.”

— Booklist on A Murder in Tuscany 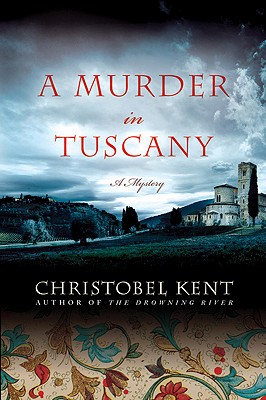 A Murder in Tuscany

Sandro Cellini, P. I., Florence’s answer to Donna Leon’s Guido Brunetti, returns in this atmospheric mystery set in a forbidding castle. As Sandro Cellini comes to grips with the tough realities of life as a private detective, touting for business among old contacts and following errant teenagers, an old case comes back to haunt him. Once the subject of a routine background check back in Sandro’s earliest days as a private investigator, the glamorous, charming, and ruthless Loni Meadows, the director of an American-Italian artistic retreat in a castle in the hills outside Florence, goes off the icy road in her car one night. The circumstances of her death seem less than accidental to Sandro. However inconvenient his suspicions might be, both to Sandro—whose marriage appears to be disintegrating in the aftermath of his wife’s illness—and to Meadows’s erstwhile employers, the detective presses on. As he attempts to uncover the truth of Meadows’s violent and lonely death, Sandro finds himself drawn into the lives of the castle’s highly strung community and the closed world they inhabit in the isolated Etruscan hills of the Maremma.

Reminiscent of a locked-room mystery in the style of Agatha Christie, A Murder in Tuscany leads the reader from one possible perpetrator to the next; to Sandro’s chagrin, all of the artists in residence at the time of Loni’s demise had more than enough reason to dislike her. But who in the group had the most compelling motive to want her dead?

Kent is a masterful investigator of character and mood, and her second mystery conveys the gloom of the Orfeo castle as well as the individual dark lives of its inhabitants in a chilling, memorable way.

Prev: A Murder at Rosamund's Gate
Next: A Murder of Magpies